With the app, the market is a huge business. Many top aso companies fight daily for organic traffic and downloads; there are still many app developers who think aso services for an app is a mere wastage and only about keywords. But, it is always proved wrong. Aso services being the number one driving factor for app marketing, aso strategy is equally important for every app to focus on.

Here are a few main factors focused on aso strategy by successful aso companies in India:

Position and rank of the app:

The app’s position and rank can change the way you approach best aso services for the app. When you have a new app from a small startup, you don’t have enough volume to do a/b testing to get more conversion rates. So, it’s advised to focus on paid UA campaigns first while launching the app and gain enough volume to do a/b testing later. Even with the highest-paid keywords, your app might not even rank in the top 5. So it’s better to focus on long-tail keywords.

When it comes to big brands, influencer marketing, paid UA campaigns might give you the best conversion rates available.

The aso strategy for any business should understand where their business stands and how it gets affected when you implement an aso service effectively. 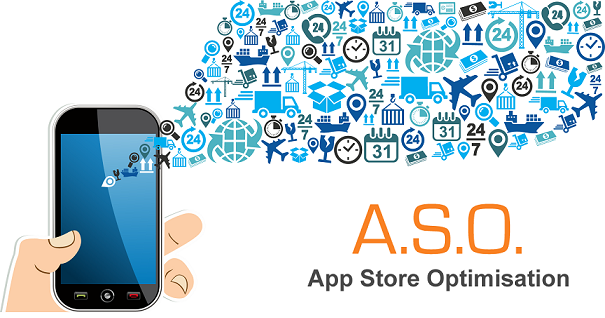 If your app niche is common, it evident that you have more competition compared to other niches. For example, poker games have less competition when compared to photo editing apps. In this case, focus on attracting users from outside through content writing and SEO is a must.

In an overcrowded app market with 5 million apps, it’s pretty obvious that people always stick to brands they know, so when you’re launching your app, branding your app increases its awareness. This can be done simply by popular blog reviews, influencer reviews, third-party apps to promote and feature your app, etc.

In an analysis, it is said that using well-known testimonials for reviews increased 13% conversion rates.

Understanding where your app attracts traffic from help in making better steps next time. Both android and ios apps work in two different ways while attracting traffic. While in ios, brand terms play a huge role in attracting traffic, and it is app ranking in google play store.

User acquisition and aso services go hand in hand together. When you need a boost in conversion rates, optimizing the store’s visual graphics and changing the paid ads’ ua creatives is said to bring many organic downloads and a good amount of conversion rates.

The main factor to focus on while selecting ua creatives is not what looks good but what attracts traffic. It comes with analysis and data over time.

A good aso strategy is like a guide for all the aso services you give to your app. With a good plan, you can completely change the business of your app.